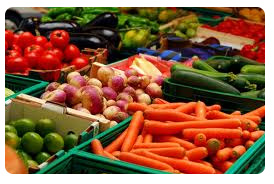 A Gallup Poll point out Britons has more access to produce and consume more fruit and vegetables than Americans.

The Gallup-Healthways Well-Being Index survey was conducted from March 1 to Sept 30. 6893 Britons and 211,232 Americans were involved under the survey.

High-income Britons were easy to get reasonable fruits and vegetables and were more likely to consume them regularly compared with low- income Britons. About 7-in-10 Britons in high-income households reported eating at least 5 servings of fruits and vegetables at least 4 days each week. But this fell nearly 6-in-10 for the lowest income households.

Women and all subjects age 65 and older were more likely than are men and those younger than 65 to consume fruits and vegetables.

Gallup officials stated Britons’ better eating habits shows that obesity and chronic conditions such as heart disease rates are lower than in the United States.

This entry was posted in Fruit News and tagged Fruit News, Fruit-Facts, fruits and veggies. Bookmark the permalink.