5 portions of Fruits and Veggies Can Lower Risk of Death

An apple a day keeps the doctor way is the cliche, but an apple (or five) a day does more than just keeping the doctor away.

Several studies suggest that consumption of fruits and vegetables on a regular basis i.e. daily can help reduce the risk of mortality. This specially applies to diseases related to heart especially cancer. Associated with this type of study, the BMJ, researchers from China and the U.S. have found that this theory does not apply to all types of death. 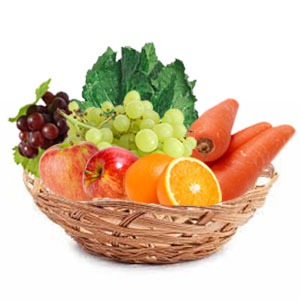 With a total of 833,234 participants the research included 16 studies, 56,423 of whom died. Having said that, several factors were taken into consideration in order to minimize bias, various differences were taken into account and the subgroups were analyzed to confirm that results did not show a discrepancy by location.

Interestingly, it was also found that reaching five portions per day, more of healthy snacking will not further reduce the death risk.

With that said, there was a contradiction with another recent study in the BMJ’s Journal of Epidemiology and Community Health. It revealed that seven portions of fruits and veggies are linked to lowest death risk.

On the other hand, researchers said studies may be at variance in their classifications of fruits and vegetables, and there was a possibility of error in how people reported their eating habits.

It was not significantly associated with risk of death; researchers said more studies are needed to examine in order to come up with this thought process.

This entry was posted in Fruit-Facts, fruits and veggies, Nutritional Fruits. Bookmark the permalink.