OBESITY -It is an undeniable fact that, the current generation is to make their own lives shorter than the previous ones because of their overeating and poor nutritional food habits. Having said that, it is a must to have a major change in food habits for endurance and to repeal the inclination of widening waistlines.

Having made out that there has been a drastic change in the dietary preferences which is developing at an early age, John List and Anya Savikhin Samek of the University of Chicago and University of Wisconsin-Madison scrutinized in a recent study whether children can be incentivized to consume more fruits and less sweets. 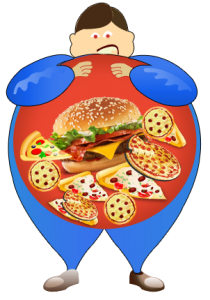 Finally the result was YES!

In a Quasi experiment conducted in Chicago over several weeks, Mr. John list and Ms Savikhin Samek tested the influence of giving kids some incentive to opt food that they normally opt out. At some point in after-school programmes named “Kids’ Cafes” in 24 separate areas across the city; kids at the age of 6-18 were offered a free nibble and could select either a cup of dried fruits say some acai berries or dried mango or a treat like snickerdoodle or chocolate chip. A faction of the Kids’ Cafes was arbitrarily chosen to offer the kids at their specific spot a motivating force to pick the glass; each time an individual picked the dried fruit over the treat, he or she would get a small prize worth 50 pennies or less (for instance a wristband, pen or keychain).

As a lasting effect, even after the researcher stopped rewarding their behavior, children had preferences over the dried fruits cup. Having been the most encouraging aspect of the field experiment this expedient helped had satisfyingly large effects.

This entry was posted in Fruit-Facts, Uncategorized. Bookmark the permalink.